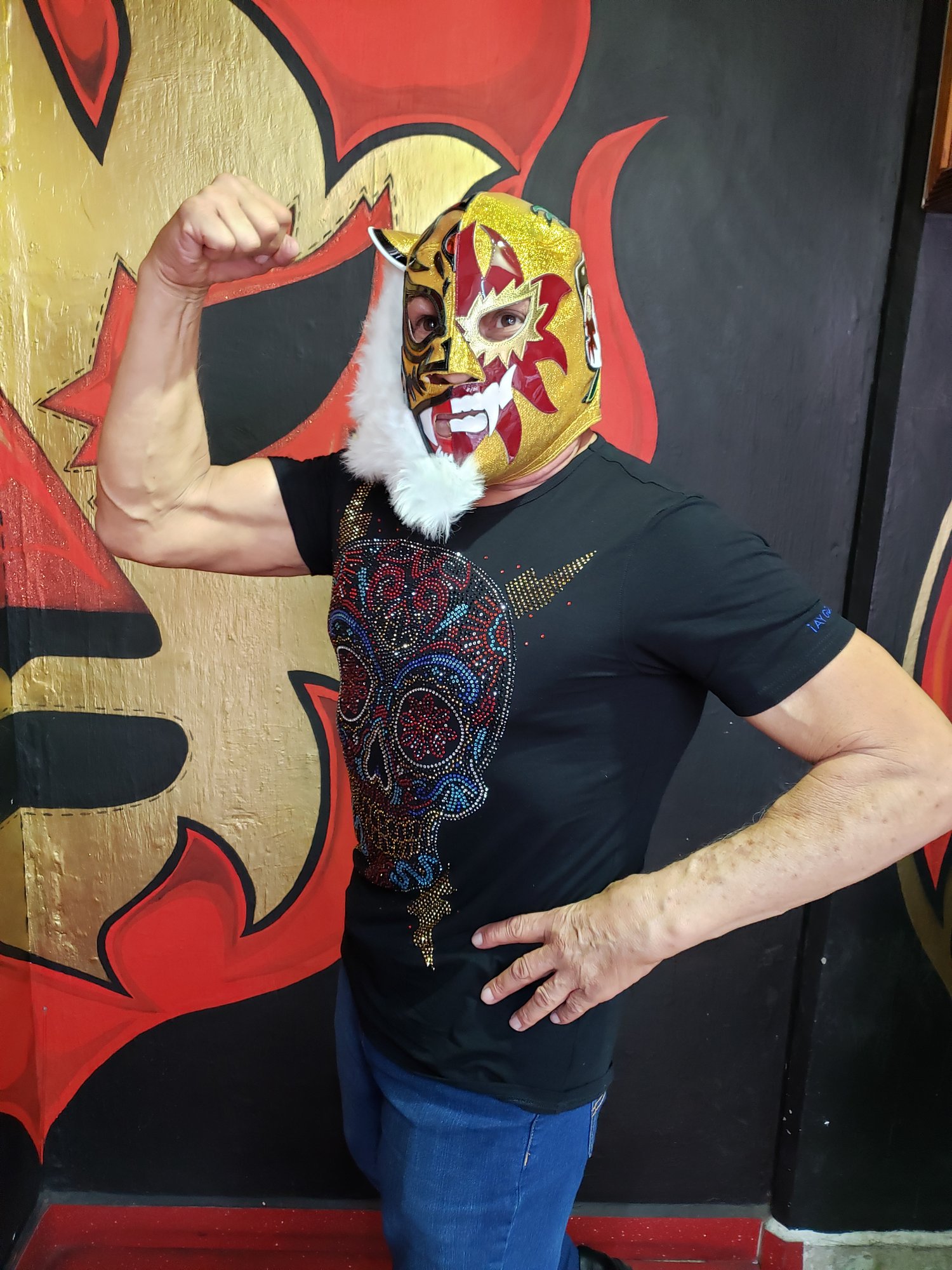 Tiger Mask is arguably the most popular masked Japanese wrestler of all time. Originally a manga character, he became the leading light heavyweight of his era and moreover, it was Tiger Mask's matches against foreign opponents, like Solar.
You may not realize it, but Solar was one of the most groundbreaking luchadores when it came to popularizing lucha libre in Japan. With more than 50 tours of Japan for a variety of promotions under his belt, Solar and the entire Los Cadetes del Espacio trio are credited with helping grow the lucha fanbase in the country.
On September 23, 1981 in New Japan Pro Wrestling the two, now legends, met in a classic confrontation.
https://www.dailymotion.com/video/x3oim3s
Tiger Mask's influence is still felt today and to pay tribute to his great opponent, Solar created a split mask - half solar/half Tiger Mask.
This is an extremely rare design which Solar guesstimates he has created "no more than 5 of" in the past.

Each purchase will also include a personal shout out from Solar as part of the live stream as he signs your mask.

Each purchaser will also be allowed to submit 1 question for Solar to be answered during the live stream (we reserve the right to edit or leave out questions deemed inappropriate.)

NOTE: The $14 shipping cost includes USPS Priority Mailing within the U.S. + tracking. Outside of the U.S. your package will ship USPS First Class with tracking.